Israel not only rejected Jesus as their Messiah but had Him crucified on a Roman cross.  Shouldn’t that be enough for God to be through with them? Then is Replacement Theology a viable doctrine? Even after Jesus rose from the dead, they stoned Stephen. That was the final straw for God as He turned His attention to the Gentiles and has been dealing with the Gentiles ever since.

The Church age is primarily a period wherein God set Israel aside and gave the gospel of grace to the Gentile world. That’s what has been happening for almost 2000 years and, I might add, its almost over.

What is the Church?

Before we can understand the impact of replacement theology and answer the question, “Has the Church replaced Israel?”, we must define the terms.  What is the Church?  First, let’s read what the Church is not.

The Church is NOT a continuation of the Jewish Dispensation (Old Testament believers) under a New Name.

“The law and the prophets [were] until John: since that time the kingdom of God is preached, and every man presseth into it.” – Luke 16:16 KJV

John the Baptist was the last Prophet under the Law, the Old Testament.

There is a distinction made here between the law of Moses, a performance based plan of salvation instituted by God, and the grace paradigm which came via Jesus Christ to us through our apostle Paul. Replacement theology ignores this distinction.

“For this cause I Paul, the prisoner of Jesus Christ for you Gentiles, If ye have heard of the dispensation of the grace of God which is given me to you-ward: How that by revelation he made known unto me the mystery; (as I wrote afore in few words, Whereby, when ye read, ye may understand my knowledge in the mystery of Christ) Which in other ages was not made known unto the sons of men, as it is now revealed unto his holy apostles and prophets by the Spirit; That the Gentiles should be fellowheirs, and of the same body, and partakers of his promise in Christ by the gospel:” – Eph 3:1-6 KJV

Here we read Paul discussing the “dispensation of the grace of God” which was given to him.  He received this “by revelation” from the Lord Jesus, not from the other apostles. This revelation was a “mystery” to those of previous times but was then revealed to Paul and then others by the Holy Spirit.

So, the Church is a unique body of believers both Jews and Gentiles that believe the gospel of the grace of God.

The gospel of grace is that Christ died for our sins, was buried, and rose again the third day according to the scriptures (1st Corinthians 15:1-4).  Obviously, this gospel could not be preached until after the death, burial and resurrection of Jesus Christ.

Some believe the Christian Church is but another phase of the Jewish OT Church. They insist on observing the Feasts and Jewish holidays.  They emulate the Jewish priesthood with garments and rituals. This is the error of the Hebrew Roots movement.

“But now we are delivered from the law, that being dead wherein we were held; that we should serve in newness of spirit, and not [in] the oldness of the letter.” – Rom 7:6 KJV

For all of us in Christ, we are part of the dispensation of grace.  Now we are under a newer, better program from God made upon His grace that promises eternal life. We are under the covenant (dispensation) of grace through Christ’s finished work on the cross shedding his blood to cleanse our sin and place us in right standing with God the Father.  Amen and praise God.  Who could ask for more?

The Church is NOT the Kingdom.

When John the Baptist came on the scene in Matthew Ch. 3 he preached the gospel of the kingdom.

” In those days came John the Baptist, preaching in the wilderness of Judaea, And saying, Repent ye: for the kingdom of heaven is at hand.” – Mat 3:1-2 KJV

Jesus also preached the gospel of the kingdom when He started His ministry.

“From that time Jesus began to preach, and to say, Repent: for the kingdom of heaven is at hand. … And Jesus went about all Galilee, teaching in their synagogues, and preaching the gospel of the kingdom, and healing all manner of sickness and all manner of disease among the people.” – Mat 4:17, 23 KJV

Later, Jesus sends out the twelve to preach the gospel of the kingdom only to the Jews, the lost sheep of the house of Israel.

“These twelve Jesus sent forth, and commanded them, saying, Go not into the way of the Gentiles, and into [any] city of the Samaritans enter ye not: But go rather to the lost sheep of the house of Israel. And as ye go, preach, saying, The kingdom of heaven is at hand.” – Mat 10:5-7 KJV

However, the Jews rejected their King and the Kingdom was postponed. Now there cannot be a Kingdom until the King returns as King of Kings and Lord of Lords at the end of the Tribulation. Study Luke 19 about the Nobleman receiving the kingdom.

Jesus, Not the Church, Builds the Kingdom

Just prior to Jesus’ second coming at the end of the seven-year Tribulation, Jesus receives the postponed kingdom as recorded in Revelation Ch. 11.

“And the seventh angel sounded; and there were great voices in heaven, saying, The kingdoms of this world are become [the kingdoms] of our Lord, and of his Christ; and he shall reign for ever and ever. And the four and twenty elders, which sat before God on their seats, fell upon their faces, and worshipped God, Saying, We give thee thanks, O Lord God Almighty, which art, and wast, and art to come; because thou hast taken to thee thy great power, and hast reigned.” – Rev 11:15-17 KJV

The earthly kingdom of Jesus Christ begins after His second coming.

The error of Replacement Theology and Kingdom Theology is that there is no Rapture, no second coming of Jesus Christ, no 7-year Tribulation, and no Millennial Kingdom established by Jesus Christ upon His return.

Instead, the Kingdom will be set up by the Church overcoming the world. Then Jesus will return after the Church establishes the Kingdom. How’s that working out? Not much to show for 2000 years since Jesus left.

Some names for this Kingdom Theology are:

Some of the phenomenon accompanying the bogus Kingdom movement are:

Conclusion on the Kingdom:

Replacement theology is the teaching that the Church has replaced Israel in God’s plan for the ages. This teaching entered the church back in the early 5th century A.D. by Augustine of Hippo in his classic work “The City of God.” No other book has had a greater impact on perverting church doctrine.

In particular, for this writing, Augustine introduced the doctrine of amillennialism to the church and the allegorical interpretation of scripture. Amillennialism denies the literal 1,000 kingdom and reign of the Lord Jesus Christ and replaces it with Christ ruling over His church from heaven.

“And I saw thrones, and they sat upon them, and judgment was given unto them: and [I saw] the souls of them that were beheaded for the witness of Jesus, and for the word of God, and which had not worshipped the beast, neither his image, neither had received [his] mark upon their foreheads, or in their hands; and they lived and reigned with Christ a thousand years. … Blessed and holy [is] he that hath part in the first resurrection: on such the second death hath no power, but they shall be priests of God and of Christ, and shall reign with him a thousand years.” – Rev 20:4, 6 KJV

Clearly the Bible teaches a thousand-year earthly reign of the Lord Jesus Christ.  Israel will rise to be the head of the nations on earth. At the beginning of the thousand-year reign, the kingdom will be restored to Israel, not given to the church.

“And it shall come to pass in the last days, [that] the mountain of the LORD’S house shall be established in the top of the mountains, and shall be exalted above the hills; and all nations shall flow unto it. And many people shall go and say, Come ye, and let us go up to the mountain of the LORD, to the house of the God of Jacob; and he will teach us of his ways, and we will walk in his paths: for out of Zion shall go forth the law, and the word of the LORD from Jerusalem.” – Isaiah 2:2-3 KJV

The Jews knew very well that Messiah would restore the kingdom of David to Israel some day.  Just before Jesus ascended to heaven the disciples asked him:

“When they therefore were come together, they asked of him, saying, Lord, wilt thou at this time restore again the kingdom to Israel?” – Act 1:6 KJV

This question is understandable as the disciples have been preaching the gospel of the kingdom for three years.  Jesus had told them that the kingdom was at hand. But Jesus reply is rather vague.

“And he said unto them, It is not for you to know the times or the seasons, which the Father hath put in his own power.” – Act 1:7 KJV

Hindsight being 20/20, we know that Israel would have one last chance to accept Jesus as Messiah in Acts chapter 7 when Stephen testifies before the council. That was Israel’s final opportunity to receive their Messiah and Kingdom.

The kingdom was postponed. Later, in 70 A.D. the Romans destroyed the Temple, ransacked Jerusalem and killed thousands of Jews.  Israel received judgment, not the kingdom. It’s easy to understand why Replacement Theology was adopted by the church. They relied more on their observations than the word of God.

The Church is the body of Christ, distinct in many ways from Israel.

We have no promised land as does Israel through the Abrahamic and Davidic covenants.

The land covenant and the kingdom will be restored to Israel at the beginning of the Millennial Reign of Jesus Christ, their Messiah.

It is clear that the Church and Israel are two distinct entities. God is dealing with each in separate ways. So, has the Church replaced Israel?  Absolutely NOT!

The Church is removed from the earth at the Rapture. Then God turns His attention back to Israel to fulfill end times prophecies about the Tribulation, the second coming and the kingdom. To learn about the Rapture of the Church, read this post.

Replacement theology is an erroneous doctrine perpetrated upon the church by Rome in an attempt to conquer the world under the guise of Christianity.  It was instituted by Augustine in the 5th century and the church has been suffering with the broad effects of this cancer for centuries. Can the church ever recover from the disease of replacement theology?  We don’t seem to be moving towards a cure. But now you know the truth so spread this post to everyone you know that cares about the truth.

Master Key to Understanding the Bible

The apostle Paul commanded Timothy to rightly divide the Word of Truth. By rightly dividing the word of Truth all the troubling issues disappeared. Right division is the process of determining the correct audience for each chapter and book of the Bible for doctrine.

We all have friends and loved ones that would miss the rapture if it happened today. Leave them something to guide them through the coming 7-year Tribulation. Help them to find salvation during the worst time in human history. Their eternal soul lies in the balance 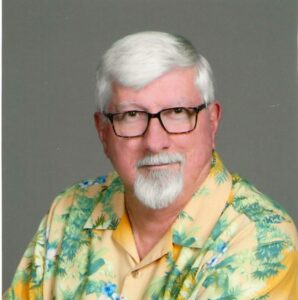 PrevPrevious PostsCan You Lose Your Salvation? Or are You Eternally Secure?
NextAssurance of Salvation, Do You Have It?Next